The Surrey Prehistoric Group was originally founded in the 1980s as the Surrey Lithic Tool Research Group. It comprises an informal group of the Society's members interested in prehistoric flint and stone tools, pottery and landscape studies. As such, the Group arranges occasional fieldwalking, the study of collections of artefacts in museums, and forms a contact point for those who have found artefacts requiring identification.

Our News and Reports pages on this website show the range of activities undertaken by members of the group. Many of our fieldwork reports can be found in Research/Recent Fieldwork. 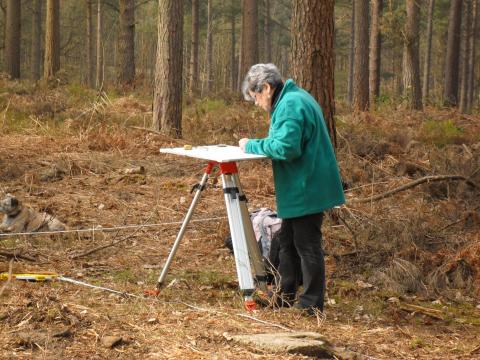 outpost of the Roman Empire. during this long period settlement in Surrey ebbed and flowed and our knowledge of these events has increased during the lifetime of Surrey Archaeological Society.

It is possible to see the technological advances of stone and later, metal work in the many local museums of Surrey. However, accessible and recognisable places where our ancestors lived and died only become visible from about 3500 years ago when burial mounds were built and can now be seen at West End Common, Witley Common and Reigate Heath for example. About 2500 years ago hillforts were being constructed of which the most easily accessed are Hascombe and Holmbury on the Surrey Greensand hills. 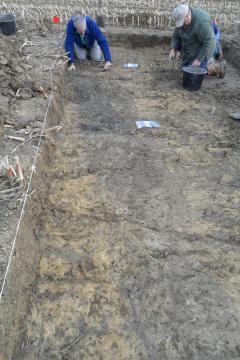 No prehistoric period is ‘out of bounds' to research by members of the Group and new members with their own interests are always welcome. At present there is no subscription and all members of the Society are welcome to attend any events or meetings.

If you are interested in joining the activities of the Group and would like to be notified of future events, please send an email to: rosemary.hooker@blueyonder.co.uk or write to The Prehistoric Group, c/o Surrey Archaeological Society, Hackhurst Lane, Abinger Hammer RH5 6SE.