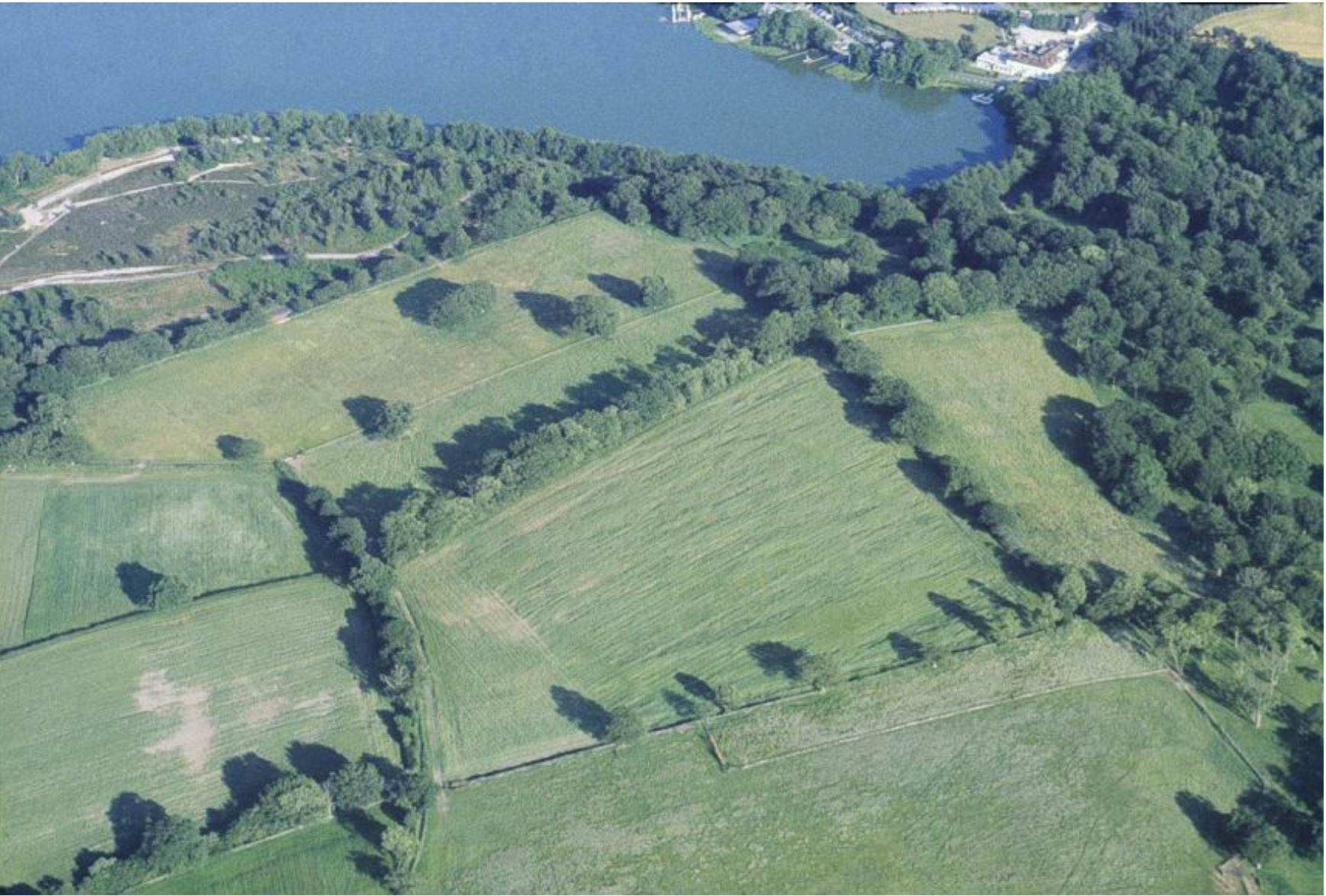 Trial trenching in fields at Frensham Manor (centred SU 8396 4045) in 2001 located a Roman occupation site which survives below plough soil level and would appear to represent the remains of a small farmstead dating from the late 1st to the 3rd centuries AD. Finds of redeposited fragments of highly fired clay flooring point to the presence of a kiln in the immediate vicinity and metal detector finds from adjacent fields are indicative of further Roman activity in the area. These latter finds may in some way relate to the 1st–2nd century ritual site located at the western edge of Frensham Common, as the deposits of coins and other objects associated with the ritual site extend into the south-east corner of Frensham Manor. It is therefore not inconceivable that further evidence for ritual activity may remain to be discovered elsewhere on Frensham Manor.