Surrey and the Motor

There is more to historic Surrey in an industrial and transport sense than a first glance would suggest.  We have had  no major volume car or commercial vehicle manufacturer, but we have had over 100 different makes of car produced in the county at one time or another. Some of these progressed no further than a single prototype, others became small volume specialist manufacturers. Some of the more important ones are given detailed coverage in the book, an A to Z appendix briefly describes the rest. The aim of the book is to set out the relationship between the County and the motor vehicle over more than a century in which they have existed together. 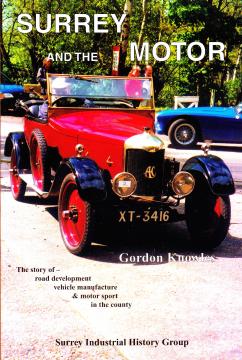