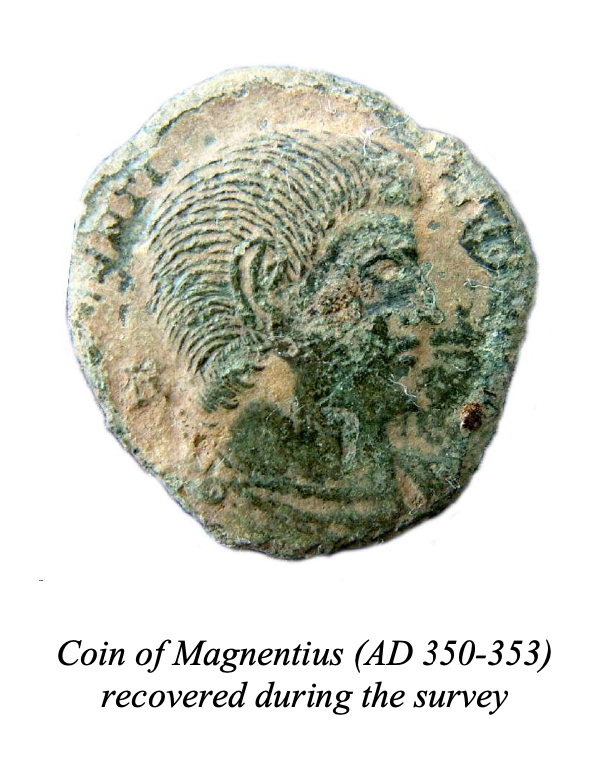 Following on from the successful gridded field survey at Chiddingfold a similar exercise wascarried out in the field adjacent to the Roman bath house at Chatley Farm. The building was first noticed in 1942 exposed in a river bluff formed by the Mole, which flows just to the east of Chatley Farm. The site was subsequently excavated by Sheppard Frere (1949) and turned out to be a bath house of 4th century date. Frere however failed to find any further buildings in the vicinity and suggested that these had originally lain to the east of the bath house and had subsequently been completely removed by the action of the river.