A mill is known to have existed on the site Downside Mills, Cobham, River Mole, from as early as 1331 and in the eighteenth century it operated both as a corn and a paper mill prior to becoming an iron Mill.

Alexander Raby, born in 1747, was the son of a Southwark ironmonger. He acquired the lease on Downe Mills (Downside) in 1770 in conjunction with a Mr Mereton. At first Raby lived in the house adjoining the mill and converted the mill for iron fabrication.

A map dated 1807 shows the iron mill still in Raby's possession, but by then he had moved from the district to assist in pioneering the South Wales iron industries. He died in Somerset in 1835.

After Raby's departure, Downside mill was converted to a flock mill for processing rags. A number of his original buildings are still present on the site although the copper mill is only represented by its sluice. An unusual cottage on the site preserves a drying flue from the period of flock production. Iron forge slag is abundant on the site and pieces of possible tap-slag have been found. 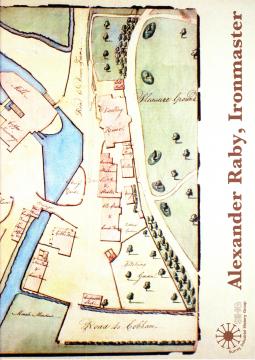