Abinger and the Royal Greenwich Observatory

Between Leith Hill and Abinger Bottom is a house called "The Old Observatory" which together with the land in which it stands formed an important outpost of the Royal Greenwich Observatory from 1924 until 1957.

Magnetic measurements had been made at Greenwich since 1847 but with the electrification of tramways and railways in the area it became necessary to find an alternative site where interference did not occur. Abinger was chosen as a suitable site and the Magnetic Observatory was set up here in 1924.

Time signals had been generated from Greenwich for many years before the first public radio time signal was broadcast in 1924. Shortly before World War II, because of the importance of the time signals and the vulnerability of Greenwich to air attack, the Observatory looked for a safer area for the Time Department and decided to move this to the Abinger site. Most of the work at Greenwich closed down during the war and so the Astronomer Royal, Sir Harold Spencer-Jones, also moved to Abinger. He set up his office in a house in Sutton Abinger called "Cornerways".

So this eight-acre site in Sheephouse Lane which was occupied by the Observatory until 1957 has an important, and little known, history.

This booklet was prompted by the finding of boundary stones engraved with anchors at the corners of the site. It attempts to give a brief history of magnetic observations and time measurement and signals up to the time of the closure of the Abinger Observatory. 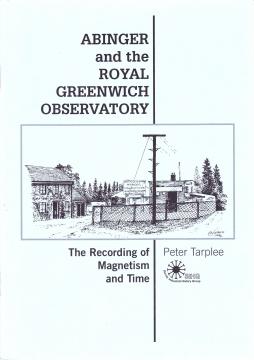